Windows Defender is the antivirus that comes installed in Windows 10. Developed by Microsoft, the Windows antivirus is free, easy to use and offers a good level of protection against malware, according to tests from entities such as AV-Test. Despite this, Defender has its limitations, which include the lack of more advanced features and complementary tools, such as password managers, present in paid alternatives from developers such as Kaspersky, Avast, McAfee and others. Below you will see what Windows Defender is, how it works, and what its strengths and weaknesses are.

What is Windows Defender 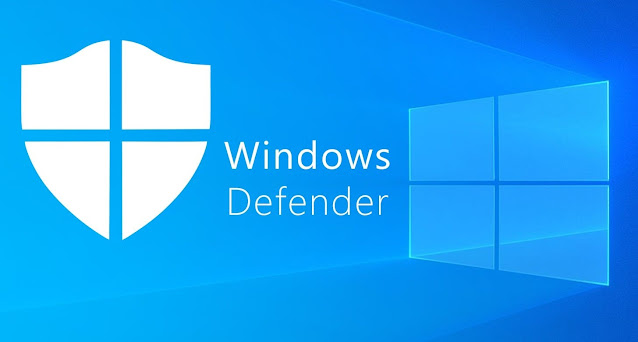 Windows Defender is Microsoft's antivirus that is part of Windows 10, and also comes in previous editions of the system. The presence of the feature means that the user does not need to install a third-party antivirus, as Defender takes care of basic protection services against malware infections of various types.

Although it is functional and fully integrated into the operating system, Windows Defender may end up being insufficient for more demanding users and for those who expect more features from a security platform. On the other hand, it is a completely free solution, simple to use and should meet the needs of the vast majority of people.

In terms of quality, AV-Test tests place Windows Defender among the best antivirus products currently available for Windows. The August 2020 edition of the entity's comparisons shows Defender with top scores for usability, performance, and protection.

Windows Defender is a basic antivirus that offers features such as hard drive scanning for infections, as well as real-time detection and removal of malware. Microsoft, as well as specialized companies in the industry, create new virus definitions that are passed on to the program continuously via Windows Update. In this way, the feature is always up to date with the new forms of attacks being exploited by criminals. 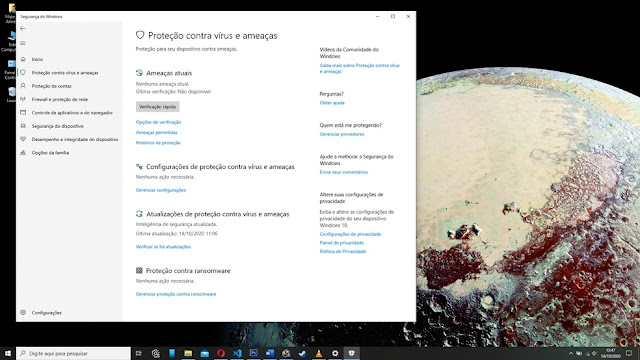 In addition to these basic functions, Windows Defender has tools such as scan scheduling and protection engines aimed at specifically combating rhamsonware. Microsoft's antivirus also offers a gaming mode, in which Defender lowers the level of demand on the system as a way of ensuring greater performance of the computer.

In addition, the program has some Internet browsing protection features, but these are integrated into Microsoft Edge only. There are modes for data protection when using banking and shopping websites, and a security monitor that checks Internet addresses to ensure their safety.

How to enable and disable Windows Defender

To disable real-time scanning for viruses and threats, simply open the Windows Security panel. You can get there from the "Settings" app, under "Updates and Security". Another option is to search for "defender" in Windows 10 search. 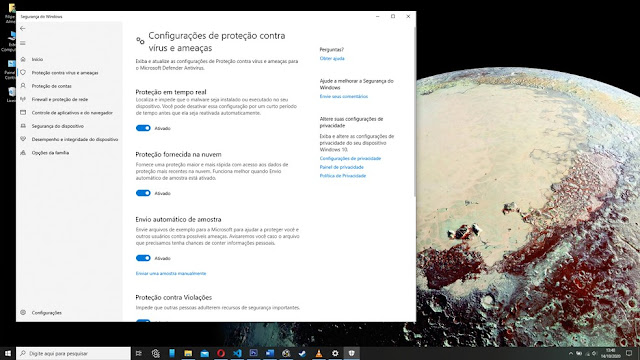 Then, on the "Virus and threat protection settings" screen, click "Manage settings". On the new screen, you can disable or re-enable Windows Defender features such as "Real-time protection", which effectively shuts down the antivirus, and "Protection provided in the cloud", which uses the Internet to check for samples of potential threats identified on your computer.

Windows Defender vs other antivirus products

When it comes to basic functions, such as the ability to detect and remove malware, Windows Defender will perform similarly to competitors, paid or not. There are different scanning modes, real-time monitoring to block infections, and Microsoft releases updates to detect new viruses frequently. 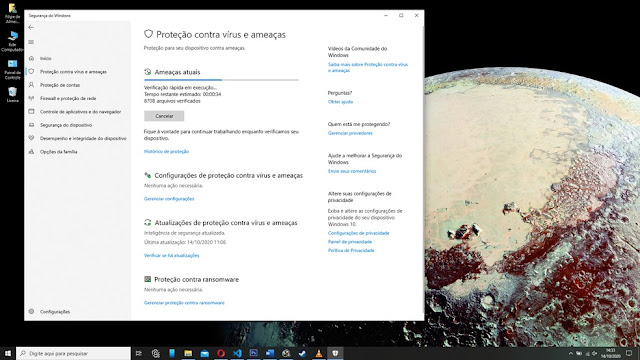 The big difference to standalone software is the fact that products like Kaspersky, Avast or McAfee add extra functionality in their paid modes. Some examples are licenses that you can apply on more than one device, password managers, VPNs and more advanced protectors for Internet browsing.

Other features missing from Defender are integrated real-time protection for email apps and technologies for data destruction when deleting data from your computer. Also, browser integration is limited to Edge.

In return for this simplicity is the fact that the antivirus is completely free and works normally in the operating system without you having to make any changes or settings.

Windows Defender Browser Protection is an extension for Google Chrome and Mozilla Firefox derived browsers. The tool brings greater integration between the antivirus and browsers other than Microsoft Edge. 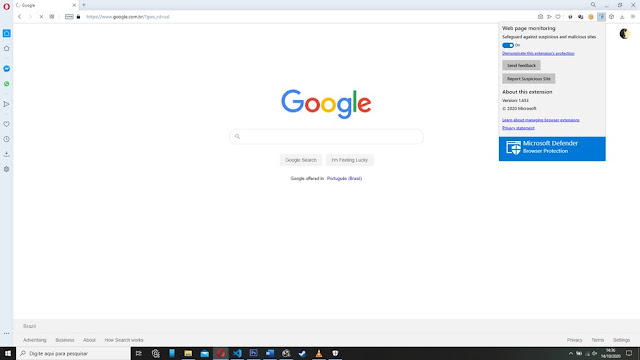 The extension works by monitoring web pages and Internet addresses for potential risks to the user, such as phishing scams, as well as fake websites that may try to capture user data or distribute malware.

Microsoft's antivirus solution shows a good track record in independent tests, such as those conducted periodically by the institute behind the AV-Test website. In the latest round of comparisons, released in August 2020, Defender achieved top scores in the usability categories, which testify to how easy the product is to use and whether it does not generate many false positives. The antivirus also stood out in performance, which checks that the antivirus does not weigh too heavily on the system; and in detection, which assesses its ability to find and act against various types of malware. 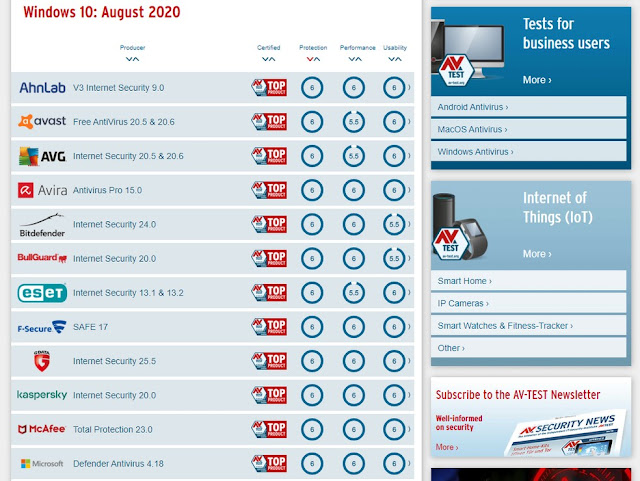 In summary, if you need an antivirus just to keep an eye on what happens on your computer to identify potential threats, Windows Defender will suffice. If, on the other hand, you have a usage profile that requires more features and tools, perhaps Microsoft's integrated solution will prove to be limited.

Defender lags behind paid rivals when it comes to the level of additional platform features. Microsoft's solution is more focused on protecting the computer, while paid antivirus products from Kaspersky, McAfee, Symantec and others focus on ensuring security features that transcend computer protection and reach the cell phone. Moreover, they offer additional features, such as VPN offerings and password managers, for example.