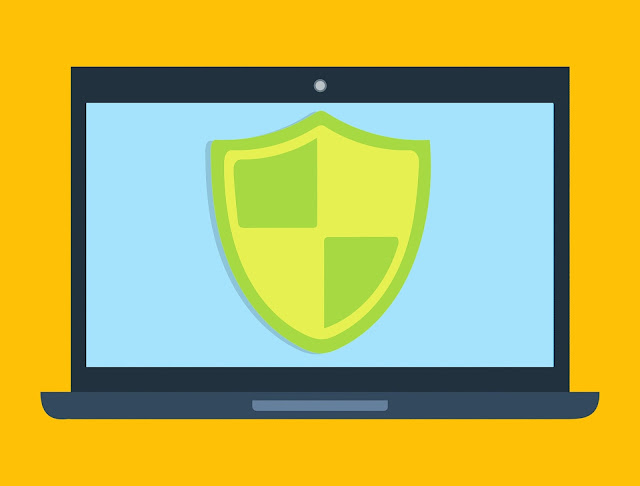 Installing an effective antivirus on your computer is the first step to protecting your private information, shopping and online transactions safely, and keeping Windows free from viruses or any other type of malware.

Based on international tests from AV-Test and AV-Comparatives, two of the most respected international organizations in the world in the security software segment, we have prepared this guide with the best antivirus of 2021, with excellent free and paid options, all of them compatible with Windows 7, 8 and 10.

In both tests (AV-Test and AV-Comparatives), key points such as

In all tests the computers are running Windows 10 with all available security updates installed, and all programs (including antivirus) are also up to date. These are basic security measures, which you should also use on your computer.

You will also notice that in some tests not all antivirus programs are up to date, this is an individual choice of each company to decide in which test the product will be evaluated.

One of the most important tests, where antivirus products are subjected to real, newly discovered threats and need to keep the system safe by blocking access to infected sites, downloads from suspicious sites, malicious email links and other various forms of malware dissemination.

Highlights include Kaspersky and BitDefender, which managed to block 100% of the threats, without requiring any user action. Avira Antivirus also did well in the test, blocking 100% of the threats, but identifying a legitimate file as a threat, the so-called false positive.

Equally important, the malware removal test evaluates how the antivirus behaves when installed on a previously infected system. It should be able to identify and remove as many threats as possible.

The highlight was Kaspersky that reached 99 points, followed by Avast, Avira and BitDefender, all of them with 94 points. F-Secure Antivirus was in last position, with 75 points.

One of the great advantages of investing in a paid antivirus is the additional features and protections, an excellent extra feature is the availability of an infected system recovery disk.

Using a USB stick or DVD, you can scan for viruses even when Windows is no longer booting correctly, or when infections are blocking the antivirus from installing or using it.

Performance: Which antivirus is the lightest and most efficient?

The performance test is especially important for users who have a computer with fewer resources. It evaluates the impact of antivirus installation on system usage for common tasks, such as browsing the Internet, copying files, and unpacking a file.

In the graph, the lower the bar, the less the antivirus interferes with performance, so it is better. Among those available and used here in Brazil (ignoring K7 Antivirus), ESET Antivirus scored the best with 6.5 points, Avast and AVG with 6.7 points, followed by BitDefender (6.9 points) and Kaspersky (7.2 points).

Which is the best paid antivirus of 2021?

Based on official tests and our professional experience, working since 2007 with computer support for home users and companies of all sizes, Kaspersky is the best paid antivirus to protect your computer against viruses and other threats, followed by BitDefender and Avira.

It is possible that when you go to Kaspersky's site, you will find a lower cost than the one quoted, because of some promotion.

Ranking of the best paid antivirus programs of 2021:

Differences between paid and free antivirus

Particularly I always recommend to my direct customers and now to you, readers of the site, to buy one of the best antivirus of 2021, in the paid version for complete computer protection against viruses and other threats, but there is a detail that I need to clarify better.

The antivirus engine is the same, both in the free and paid versions. Your computer system is not unprotected because you use a free antivirus, the difference is exclusively in the additional functions and the fact that most of them, when using the free version, display a small daily offer for the paid version.

Using Kaspersky as an example, the Free version offers essential protection from viruses, suspicious websites and other threats, it is the basic level of protection. With BitDefender, Avira and Panda, the same is true. Norton is one that unfortunately does not offer any free version of its antivirus for users.

Which is the best free antivirus of 2021?

If you definitely don't consider or believe you don't need a paid security solution, Kaspersky and BitDefender Free are the best free antivirus for you to install on your computer, which offer essential Windows protection in the free versions, check out the ranking.

Ranking of the best free antivirus 2021:

So in the following list we will have only minor changes, and I will explain the reason for each of them better, so you can better understand the changes.

I put BitDefender in front of Kaspersky in the Free version, because it has one big advantage, which is the fact that it does not display daily advertisements for the paid version of the product, which despite being a common practice, can be annoying for many users.

Panda has entered the list in place of Norton, which does not have a free version of its Antivirus. Panda Cloud, as it is called, offers good levels of protection, is very simple to use and does not hinder system performance.

Avira remains a good option, while Avast and AVG are the same company, basically just changing the Antivirus layout, all of them offer good levels of protection and basic security features for the system.

Ranking of the best antivirus products of 2021

The final ranking of the best antivirus of 2021, considering all the tests and factors mentioned above, is as follows:

Can I use two antivirus programs to increase security?

This is a basic mistake that many users make. Basically, when you install two antivirus programs on your computer, it is as if one of them is going to get in the way of the other one's actions and not increase security, as some people believe.

Technically speaking, an antivirus, to be efficient, needs to have access to the Windows core, the so-called system kernel. By the way, Windows 10 has an integrated free antivirus, Defender. Whenever you install a third-party antivirus, it is automatically disabled to avoid conflicts.

The same happens when you already have another antivirus installed, when trying to install a second option, it is very likely that you will be prevented by the current antivirus, or at the very least receive a warning of possible problems.

How to keep your computer virus-free

After reading the complete guide of best antivirus 2021, choose the best option for you, either paid or free. If you are in doubt about a paid solution, most offer a trial version where you can use the product with full features for at least 30 days.

Besides the choice of antivirus, it is essential that you keep the operating system with all security updates applied and with all programs and plugins updated, to avoid loopholes in the system.

The free antivirus usually do not have a Firewall, which works as a barrier between the system and the internet, controlling what can and cannot access the network, since XP Windows already incorporates this feature safely, it is important that you leave it activated.

Be careful when accessing third-party links on social networks and in your e-mail, beware of miraculous offers. Finally, I recommend that you read the Security Booklet for the Internet, offered free of charge to the Center for Study, Response and Treatment of Security Incidents in Brazil (cert.br).