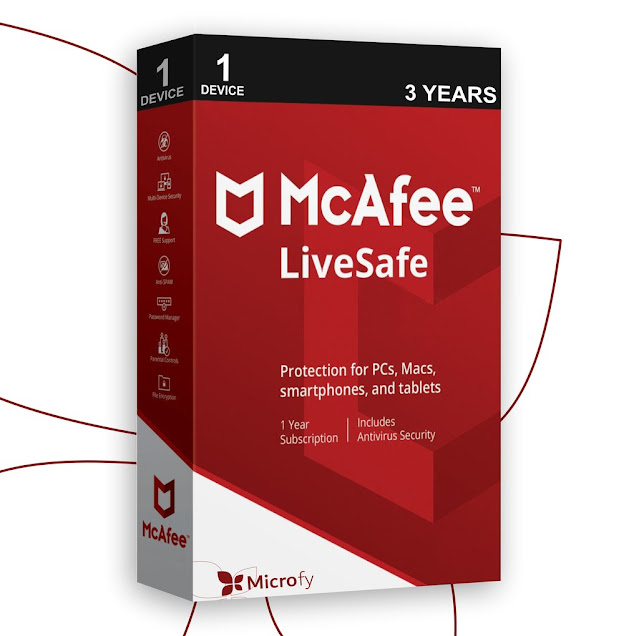 McAfee LiveSafe is Intel Security's suite of security software that allows subscribers to enjoy the brand's protection tools on several Windows, Mac, iOS, and Android devices. In Brazil, McAfee LiveSafe is sold for R$148 in a package that includes basically all the protection and security features available in other products of the brand, such as McAfee Internet Security and McAfee Total Protection.

Intel Security's LiveSafe has features that go beyond pure and simple antivirus, since it offers password management tools for secure logins on the network and computer optimization features. A highlight of LiveSafe is the prospect of using the tool to protect cell phones. Access to the mobile version of McAfee is guaranteed by the same license that the user registers to use the antivirus on the computer.

In terms of features and tools, McAfee stands out for its inclusion of Intel TrueKey. The password manager offers advantages such as the possibility of creating five different authentication methods, including facial recognition and digital signatures on trusted devices.

McAfee LiveSafe subscribers gain access to the Personal Locker: a 1 GB of cloud storage space for users to store their most sensitive data in a space protected by extremely strong encryption. In addition, to access the Personal Locker, login authentication is required in a two-step voice and facial recognition process. Personal Locker can be downloaded from the user's account control within the McAfee website: simply log in and request a download link. But Personal Locker requires a camera and microphone to work, and is only compatible with iOS, Android, and Windows 8 or higher (no Mac version at this time).

The antivirus performs well in detecting threats, the real-time protection works well, and additional features such as the ability to install on iOS, Android and Mac devices, access to the Intel TrueKey password manager and Personal Locker make McAfee LiveSafe a competitive choice among today's top paid antivirus products.

The anti-virus' good repertoire of features is explained by the fact that LiveSafe works as a collection, encompassing McAfee AntiVirus Plus, Total Protection and Internet Security in a single product, giving the user access to extras such as TrueKey and Personal Locker.

AV-Test tests, an entity that performs thorough examinations on the performance of antivirus products on the market, considers McAfee among the best alternatives available: the infection search engine of the tool achieves comparable scores to major rivals such as Avira, Kaspersky and Bitdefender.

Another plus point for those interested in McAfee is that the license, which allows installation on a number of other devices, is unlimited: there is no limit to the number of devices on which you can apply LiveSafe.

Although it has improved a lot after the Intel acquisition, the interface still lags behind the available alternatives - both among paid and free antivirus. Also bothersome is the relative disorganization of McAfee to condense all the multiple features into a single platform: to use the Personal Locker, for example, the user must log into their McAfee account to generate a download link and then install McAfee Central on the computer or cell phone to finally set up the Personal Locker.

It would not be strange, for example, if a good number of users simply did not know about the possibilities of secure cloud storage simply because LiveSafe does not mention the tool anywhere. All this confusion doesn't come close to the slowness of older versions of McAfee Security Center, from before the Intel acquisition.

As good an antivirus as it is for $148, McAfee LiveSafe does not have an easy life, since it competes in a scenario where the consumer has security options that are free and offer good levels of protection and performance. One way to find out if an eventual investment in LiveSafe is justifiable is to download the evaluation version of the suite, which offers all features for free, for a period of 30 days.