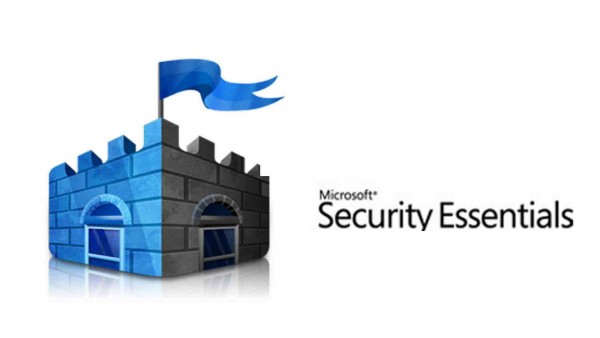 Microsoft Security Essentials is Microsoft's free antivirus that provides complete protection for Windows against all types of cyber threats such as viruses, spyware, trojans, rootkists and other malware. It even offers real-time monitoring and a powerful scanning tool. Take the opportunity to download Microsoft Security Essentials now and get to know an efficient antivirus.

One of the highlights presented in the new version were extra features that make it possible to run the antivirus without worrying about your computer being slow. It was modeled so that the user makes as many scans as necessary without jeopardizing other tasks that he/she is executing simultaneously.

Troubleshooting with malware, done automatically, is also a great advantage for the user. The solution happens in the background, without any kind of action being necessary.

The interface, always well organized, brings few surprises in this regard. Some elements were relocated and others even disappeared, all to make the user more comfortable working with it.

Your new protection system is designed to be even better than the last. Updating the protection system takes place from the central core of the program, which offers fast, effective detection and immediate, high-speed cleaning so there is no loss.

The software makes available all the good features already presented in previous versions and brings others to make the user's life easier: scan scheduling, creation of restore points, protection against connected devices and many others.

How to use Microsoft Security Essentials

The application has a simple and intuitive interface, so that even the least experienced user can use it without any problems. Anyone who already uses Windows Defender, for sure, will have no difficulty understanding how it works, as the design is very similar.

The service is divided into four tabs. The first, the "Home Page", displays your computer's protection and software update status, as well as simple, complete, and custom scanning options. The "Update" tab informs you when the antivirus was last updated and requests new updates if necessary.

The "History", as the name suggests, keeps a history of all threats already found on the machine. Finally, the "Settings" tab has all the options that the user can define, such as scheduling scans, for example. See how to limit CPU usage in Security Essentials checks.

The tool runs silently and efficiently in the background, so the user is free to use the computer as they wish. It uses the popular green, yellow, and red color coding to designate your machine's security status.

A color-coded icon on the taskbar quickly lets you know if the situation deserves your attention. It's simple: when green is displayed, everything is fine. However, if a yellow or red icon appears, the user can perform the required action from the system tray icon, without having to go into the antivirus.

When user intervention is required, a status and recommended actions will be presented on the home page and through application alerts, which are designed to minimize disruption. In addition, you can take immediate action directly from an alert.

Microsoft does not send offers or display pop-up windows, only in cases of update. In this way, the antivirus runs silently in the background. The person will only be alerted when there are specific actions to take.

When the user is not present or is too busy to perform the recommended action, Security Essentials can perform the default action on their behalf. You can start the program later to review and adjust the actions taken, if desired.

Download Microsoft Security Essentials, the antivirus from Microsoft! Free your computer from unwanted virtual pests such as viruses, spyware, trojans, rootkists and other malware.

Microsoft Security Essentials does a job that can be considered good when it comes to protecting your computer. Unfortunately, when the program has to deal with a system that is already infested, it cannot do a complete job.

Anyone who uses security software knows that it slows down the system. Therefore, it is expected that, at least when searching, the program will be more agile. Contrary to this expectation and as incredible as it may seem, the service has a very slow scan, something that should not happen with a platform developed by the operating system company.

Despite not having a good detection and elimination of pests, the Microsoft tool achieved, according to some publications, good ratings in independent antivirus testing labs. Putting these ratings together and the fact that the application is free, it becomes an option to consider when installing an antivirus.

However, don't expect a simple tool like this to make your PC 100% safe, as it had a low detection rate in a malware cleanup test. Thus, it is concluded that service can help bring more security to the computer, however, it should not be the only responsible for this task.

How to download, install and activate McAfee free antivirus